Heather and Victor’s essay, Improving Retirement: The Role of Education and Innovation, was chosen by the blue-ribbon panel of judges to receive the national award.

This winning essay, grounded in behavioral research, lays out a commonsense plan to improve financial education and promote greater personal savings. The paper explores the lack of mandatory financial literacy training and suggests solutions for the potential gaps in teaching capacity. The paper also takes a novel look at the health expenses in retirement calling it the fourth pillar of retirement security.

Heather Quach of Glen Burnie, Maryland is a student at UMBC, majoring in Financial Economics with a minor in Environmental Science. She volunteers at VITA, helping low-income people file their taxes and is also active in the astronomy club.

Victor Li of Rockville, Maryland is a student at UMBC with a double major in Financial Economics and Computer Science. He is a member of the Investment Club and the Software and Design Club. In the summer of 2021, he worked as a Budget Analyst at NIAID in the NIH. In his free time Victor enjoys reading, playing guitar or going for a run.

The faculty advisor for the submission was Professor Douglas J. Lamdin, Department of Economics, UMBC.

Read the essay and the Press Release. 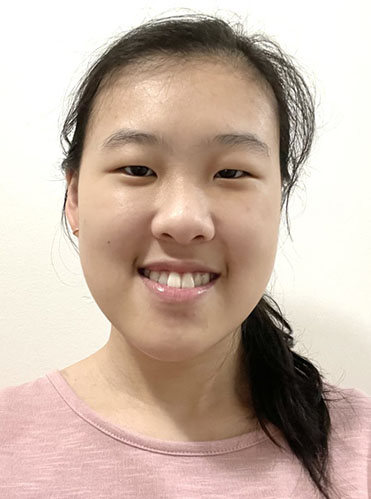 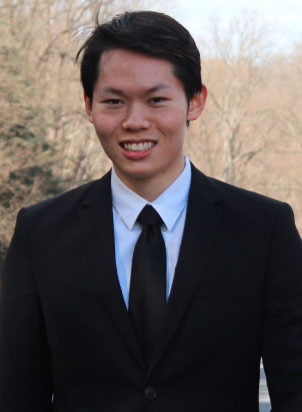 Brennan Dwyer, University of New Hampshire
The essay Bipartisan Proposal for Retirement Social Security and Retirement Contributions Plan aims to bridge partisan divides and provide practical solutions to shortcomings in Social Security financing personal savings and financial literacy.
Brennan Dwyer is an undergraduate student at UNH, majoring in Analytical Economics. He has been active in the Innovation Society and the Socratic Society at UNH.
The faculty advisor for the submission was Professor Joseph Dwyer, UNH.
Read the essay and the Press Release. 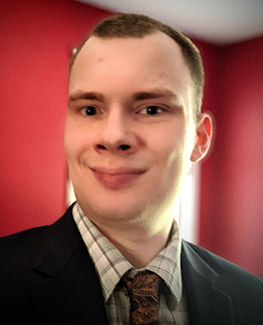 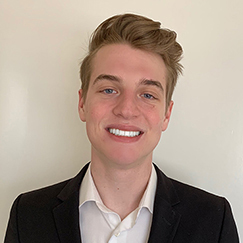 David’s paper, Reform for the Modern American Retirement System, was chosen by the blue-ribbon panel of judges to receive the 2020 iOme Challenge award. This winning essay outlines a plan to shore up Social Security, increase personal savings and expand financial literacy and advice to workers needing it the most. Read David Nipper’s essay and the Press Release announcing the winner.

The iOme Challenge winning team for 2019 is from Michigan Technological University. The students—Zach Rosenbaum, Cole Peppin, and John Ruf—were selected for their essay The Basic Proposal: Retirement Policy for a New Generation.  The team also created a short video. The faculty advisor for the team is Emanuel Xavier-Oliveira, PhD, Assistant Professor of Economics, School of Business & Economics at Michigan Tech. As the winner of the Challenge, the team received a $5,000 prize and presented their essay at a forum in Washington, DC on June 19, 2019. 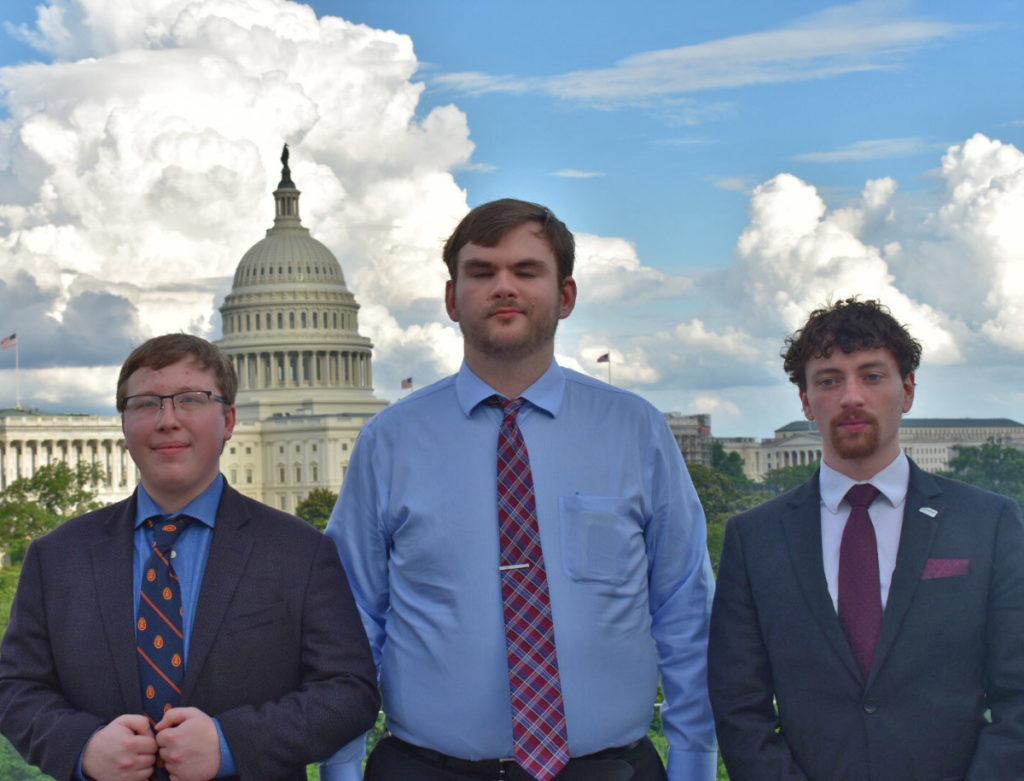 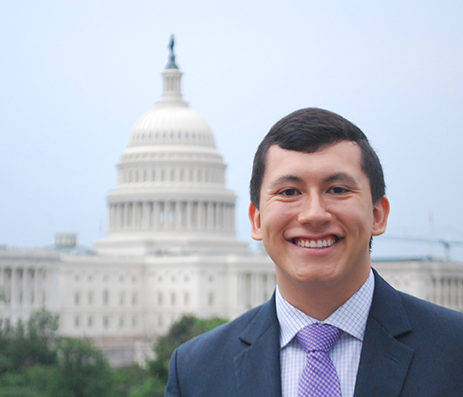 The 2018 iOme Challenge winner is Evan Avila, a student at the University of Maryland, Baltimore County (UMBC). His faculty advisor was Professor Douglas J. Lamdin, Department of Economics, UMBC.

2017-2018 iOme Challenge Question: Congress has invited a Team of millennials to join the Special Bipartisan Task Force to address the nation’s growing retirement crisis. A special emphasis will be placed on increasing retirement savings opportunities for millennials at the workplace and independently. You are tasked with developing a comprehensive policy proposal that will address challenges and result in more millennials saving for retirement. The policy proposal may include, but is not be limited to: 1) Ideas to expand the number of employers that offer plans to traditional and nontraditional workers; 2) Ideas to encourage gig economy workers to participate in retirement savings; 3) Ideas to encourage more employees to participate in the plans offered to them; 4) Ways that tax or other government policy can be used to increase savings; and 5) How to use online resources and social media to facilitate awareness and increase savings. 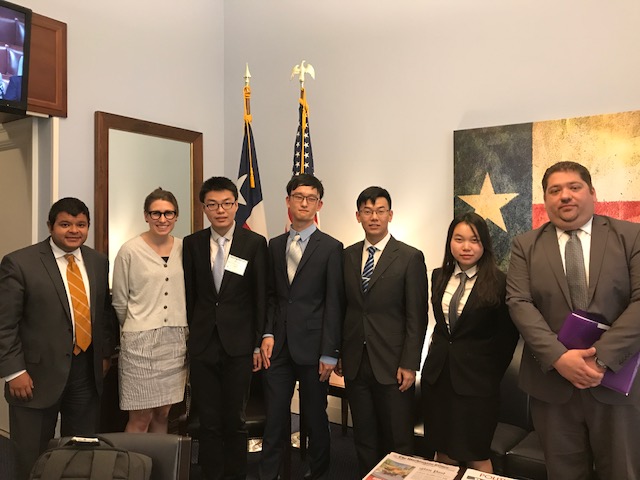 This year, teams were asked to play out a scenario in which they were commissioned by the National Governors Association (NGA) to write a policy advisory paper and prepare a video addressing the preparedness of states for the future retirement challenges of the Millennial generation. The NGA asked them to develop a system for ranking the 50 states, from those most to least prepared to handle the retirement of the Millennial Generation. Millennials will begin retiring as early as 2040. It was up to the teams which indicators to use in developing the ranking system. They were encouraged to be creative and come up with ideas that might challenge status quo thinking. The ranking system was supposed to be based on statistical indicators that can be tracked over time and across states.

Specifically, they were asked to answer:

1. How do states rank in preparing the Millennial generation for retirement in 2040?
2. Where does your state rank compared to other states?
3. What state policy recommendations would you include in your advisory to the NGA to improve the ranking of your state or of states that rank low?

Due to the record number of submissions this year, iOme decided to recognize several other teams for their submission.

The winner of the 2014 Challenge was a team from Texas Tech University. Graduate students Patrick Payne (team leader), Tao Guo, and Nhat Hoang Ho worked together to win this year’s competition and walk in the footsteps of their colleagues from Texas Tech who won the 2011 iOme Challenge. Dr. Sandra Huston served as the team’s faculty advisor.

This year, teams were asked to play out a scenario in which they served as President Obama’s appointees to the Presidential Commission on Financial Literacy and Security (PCFLS), charged with answering a three-part question:

(1) How different would America look today if the “baby boom” generation saved/invested sufficiently to have a secure retirement income;

(2) what investment vehicles could the private and public sectors create to provide sufficient incentives for adequate savings/investments in order to not have to ask this same question 40 years from now; and

(3) what kind of an educational program could be launched on colleges campuses in order to educate your peers on the value of saving/investing specifically, and financial literacy, in general.

This year, teams participating in the challenge were asked to imagine they were serving as President Obama’s council of economic advisers and to develop a policy proposal to be introduced in Congress in January 2013 that would create incentives and remove barriers to financial savings for the millennial generation. Teams were also required to submit a short video that would help sell their plan to the Millennials, the public and the members of Congress.

The winner of the 2012 Challenge was a team from Virginia Tech University. Students Allison Perdue (team leader), Paula Craun, Jamie Kerr and Matt Maranowski collaborated on the winning entry, earning $10,000 plus an expense-paid trip to Washington, D.C., to present their entry to members of Congress. Virginia Tech professor Hyrum Smith served as the team’s faculty advisor.

This year, students were asked to write a paper and produce a video answering the following question: Why do people today feel it is much harder to engage in financial savings than earlier generations when, on average, the earlier generations were much poorer than today? What would you propose as a solution to change and increase savings rates?

Teams were asked to write an essay outlining three significant differences that will exist in the U.S. economy 40 years from now – provided the U.S. personal saving rate is sustained at 6% versus the lower prevailing savings rates of the last decade. They were also required to submit a short video that depicts American life 40 years from now if Americans do not begin to save enough.

Judges also awarded first runner up to a team from the University of Nevada – Reno (UNR) and an honorable mention to LaGrange College.

In the summer of 2009, a group of concerned citizens from Green Bay, Wisconsin, with the support from various local organizations, gathered to discuss how they might engage the Millennial generation to think about their own future, 40 years from now.  From those discussions, the iOme Challenge was born.

The winning team from the first year of the iOme Challenge competition was from Western Michigan University. Team members included Ashley Horvat, Lauren Hearit, and Sam Demorest, along with their faculty advisor, Brad Kent. The team won a financial prize and traveled to Washington, D.C. to share their findings.

There is widespread agreement among economists and public policy experts that Americans do not engage in financial savings at the rate they should. This poses significant long-term problems, in particular: 1) citizens may not be adequately prepared financially for their futures; and 2) it may put a substantial burden on governmental budgets and especially entitlement programs in the future. Write an essay that demonstrates and supports three significant differences that will exist in our economy forty years from today if the U.S. personal saving rate is sustained at 6% or more versus the rate that has prevailed for the past decade.