Ideas to Consider When Writing Your Essay

There is widespread agreement that large numbers of Americans are unprepared for lengthy retirements. The three pillars of retirement — Social Security, employer-sponsored retirement plans, and personal savings — together may not provide adequate benefits due to the various financial risks that need to be addressed.

The second pillar—employer-sponsored retirement plans—are proven to be the most effective and easiest way for workers to save for retirement. Current research shows that if an employer offers a plan, workers are 15 times more likely to save. Yet one-third of civilian workers are not offered a retirement plan at the workplace and many of those workers who are offered a plan still do not participate. Furthermore, there is no clear path on how to include the growing numbers of part-time and temporary workers in the current employer-based retirement plan system.

The third pillar—personal savings—refers to what individuals save beyond any savings they may have through a workplace plan. Americans are living longer, yet few are saving for retirement on their own. According to the IRS, only eight percent of eligible taxpayers contribute to tax-favored individual retirement accounts (IRAs) each year. 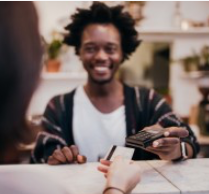 In addition, many Americans lack basic knowledge about personal finance, including managing debt, improving credit, and retirement planning. A 2018 study by the FINRA Foundation estimates that two-thirds of Americans could not pass a basic financial literacy test. It found that Americans have low levels of financial literacy and have difficulty applying financial decision-making skills to real life situations. Also, many job changers cash out and spend their retirement income instead of preserving it and moving it into a new retirement plan. The need for cash along with a complex process of rolling over the funds contributes to a very real problem – the loss of a retirement benefit as it is used for current needs and not rolled over into other retirement savings.

Finally, it is clear that different generations face different degrees of urgency when it comes to retirement. For instance, Millennials (born between 1981 and 1996) and Generation Z (born 1997 onward) have the longest time frame before them and the most to benefit from both improvements to the fragmented retirement system and to wage growth. Generation X (born between 1965 and 1980) are vulnerable when it comes to retirement – there is research indicating that about one-third of Gen-Xers have zero retirement dollars saved. Baby Boomers (born between 1946 and 1964) are already in their first decade of retirement or getting very close to retirement and may benefit from new ideas or programs. Even within generations there is a great diversity of circumstances, with some segments well prepared and others in great need of new solutions. Women have a particularly hard time achieving a secure retirement as they earn less over their working lives and lose income when they work part-time or leave the workforce to care for children or aging parents. As a result of lower earnings, their Social Security benefits are less and their ability to save is also affected. 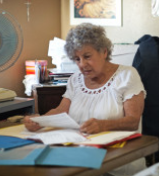 In 2017, the U.S. Government Accountability Office (GAO) issued a report titled, “The Nation’s Retirement System: A Comprehensive Re-evaluation is Needed to Better Promote Future Retirement Security.”  The report asked Congress to consider establishing an independent commission to examine the U.S. retirement system, as it has been nearly 40 years since a federal commission has conducted a comprehensive evaluation. The piecemeal approach taken in the past has not been effective in addressing the many challenges facing individuals today. It was suggested that the commission include representatives from government agencies, employers, financial services industry, unions, participant advocates, and researchers to help inform policy makers on changes needed to improve the current U.S. retirement system. 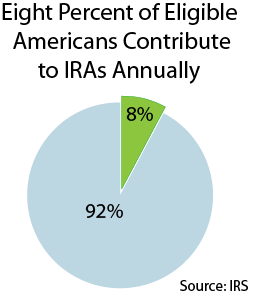 The following list is meant to stimulate your thinking about policy proposals to improve the retirement system, but you are not limited to these suggested ideas or ways to: